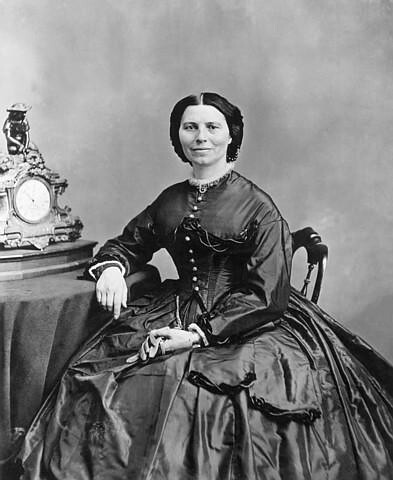 They say behind every organization stands one man, but that’s not always true.  On the contrary, there are many organizations founded and led by women. Take Clara Barton: she created an organization that was dedicated towards emergency relief. This organization came about in May 21st, 1881 and was under her supervision for the next 23 years.  She helped found The Red Cross. The Red Cross is widely known and has helped people all across the world as well.

We would not expect anything less than that from Barton, who was described as a strong, independent women who cared for others. She dedicated her life to The Red Cross, and she never married or had a family. In the 1800s and early 1900s, this was very uncommon. Barton didn’t mind leaving behind a life as a wife or mother, because she felt as if her purpose in life was to help others. During the Civil war she became a self-taught nurse and cared for wounded soldiers. By doing that she earned the respect of many and was known as the “angel of the battlefield”. She continued her great work during wars and helped over 20,000 soldiers reunite with their families after being hurt. She showed she not only cared for everyone’s physical health but their overall health.

After that, she became one of the very first women to ever work for a federal government during that time period. She continued to strive for a change and continued being an inspiration to many. After many years she decided to finally retire in 1904. With that she left a legacy and what many would refer as a big position to fill. Currently the Red Cross is being ran by Gail J McGovern, a woman who is following the steps left behind by Clara Barton.