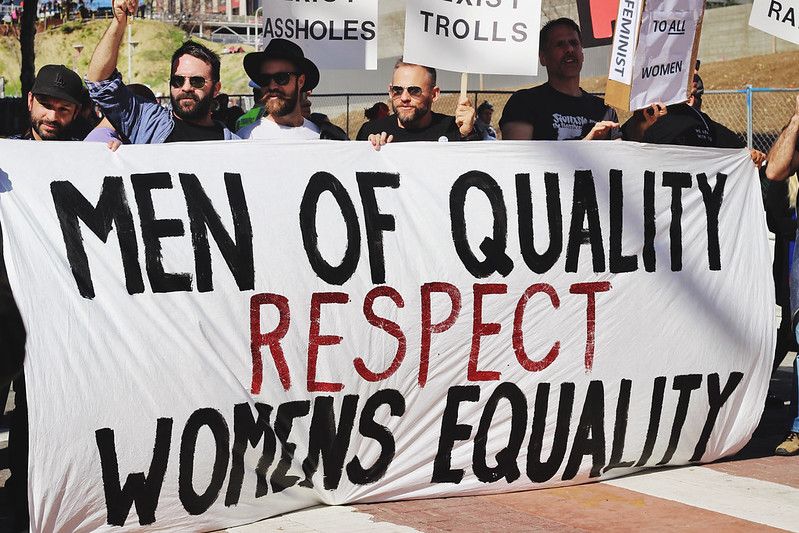 We are bringing it Back to Basics this week! In this blog segment, we explain feminist terminology, myths, concepts and more! Today’s question is…

“Does a feminist have to be female?”

Being a feminist means believing that women and men are equal and deserve equal rights. If you agree with that, then you’re a feminist. With that being said, all genders can be a feminist! True feminism is intersectional. Feminism spans across any and all genders, sexual preferences, or ethnic identities. And yes, men can be feminist allies too!

“Why are men important in advocating for gender equity?”

Men can be important allies to women in fighting for gender equity and promoting violence prevention. Women have been fighting for women’s equality for hundreds of years, but men also have a role to join in the fight as they’re not the problem, but part of the solution. One example of a self identified male feminist is former President Barack Obama. In August of 2016, President Obama penned his famous This is What A Feminist Looks Like where he reminded us that “it is absolutely men’s responsibility to fight sexism too.” His administration also took big steps to combat campus sexual assault and violence against women, improve equal pay protections, and actively promote women’s issues.

“What can I, as a man, do to become an ally for women’s human rights?”

Remember that absolutely anyone can be a feminist regardless of their gender and it is our duty, as society, to change the fact that women aren’t equal to men. To learn more click here!