This was my last day of my guided tour with Rabbie’s before heading back to Edinburgh. We spent the entire morning in Lincoln and left at noon for Cambridge. Today was less exciting than the previous days with fewer stops and longer road time, but the places were no less interesting.

The two main points of interest in Lincoln are the cathedral and castle. They sit opposite 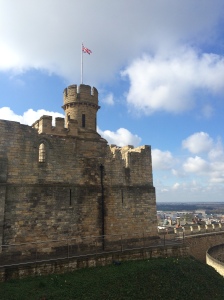 each other and are only a couple minutes walk apart. Like many castles which are made as defense points, the Lincoln castle is on top of a large hill (Castle Hill) and it is a steep walk from High Street to the gates.

Visitors can go in the castle promptly at 10, not a second earlier. You will know when its time by the ringing of the bells in the cathedral.

Lincoln has over 2000 years of history and has its origins as Roman town. Before the castle was a Roman fortress built in AD 43. When the army moved on in AD 78 the fortress officially got the status as a Roman town and was named Lindum Colonia. 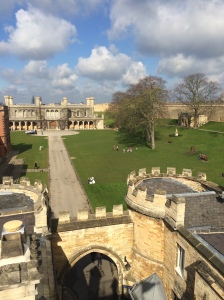 built by William the Conqueror. The castle was the residence of the constable who was responsible for the defense and maintenance of the castle. The sheriff stayed within the walls when collecting taxes and when presiding over shire court, and a small force of soldiers and servants were permanently in residence. The castle at Lincoln has some brutal history. It was a site of uprisings, battles, hangings, persecutions, and in Victorian times a prison.

Stories and sites at Lincoln Castle:

Outside the castle you can still see the outer gate and wall. The space between the outer

gates and the inner walls was known as the ‘killing space’. This area would force the invaders into a close and tight space making it harder for them to attack and ram their way through the doors. It also made it easier for the soldiers defending to take down their forces from the high walls above. Only a small section still stands and walking through one of the three arches leads you to the front entrance of the cathedral.

In 1072 William the Conqueror ordered the first cathedral to be built in Lincoln. William wanted the cathedral and his castle close to one another ‘so that in glorifying God he could make clear who was in charge on earth!’ The cathedral was mostly destroyed by a fire in 1141  and was rebuilt and expanded, only to be destroyed by an earthquake in 1185. King Henry II approved of St. Hugh of

Avalon as Bishop of Lincoln in 1186, and St. Hugh began a major rebuilding project of the cathedral in a gothic style. The cathedral we see today was finished in 1280. The central tower rises to 271 feet and is the tallest cathedral tower in Europe without a spire. The tower originally had a wooden spire that rose 525 feet, but collapsed in 1549 in bad weather. The cathedral was the first building to ever reach a height greater than the Great Pyramid of Giza and was once the tallest structure in the world (before skyscrapers) and held the title for two centuries (then the spire collapsed). The inside is just as magnificent as the exterior and with your ticket you can join a free tour of the cathedral. Some areas though don’t open until later in the day at 1pm. This includes the library and chapter house. The workers at both the castle and cathedral are incredibly helpful and nice. They will answer any questions you have and make sure you have an enjoyable experience.

The last stop of the tour was at one of the oldest universities in the world, Cambridge. My two hours at Cambridge were spent walking the streets and pretty much fitting in with the other college students walking about (unlike many I wasn’t approached to pay for a tour). 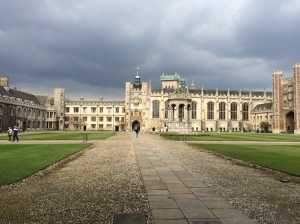 At a local ice cream shop I got a scope of sweet lemon curd in a cone and sat in front of King’s College. I then walked through the market, around the main buildings, and along the Backs. Many people were out and enjoying gondola rides on the River Cam. The weather was warm and sunny and people were out in troves. I ended up on a bench outside St. Johns College and was able to enjoy a picturesque view.

That was it. The tour through the heart of England was over and I was back in London for the night. April 9, my 11th day of Spring Break would be spent on a train going back to Edinburgh where my adventures would carry on from there. 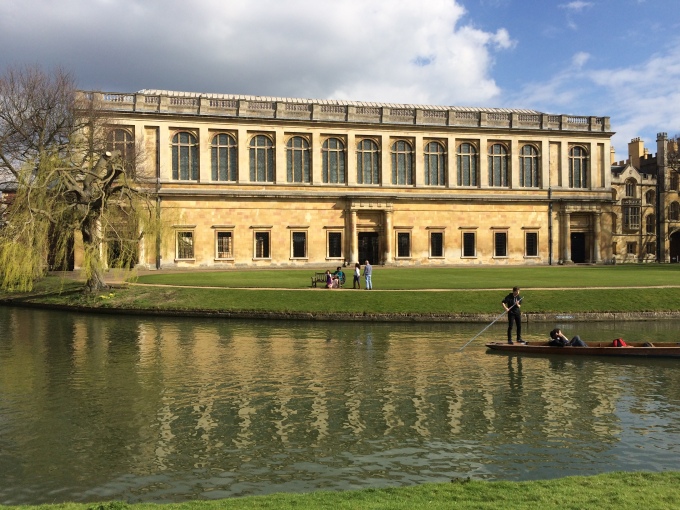 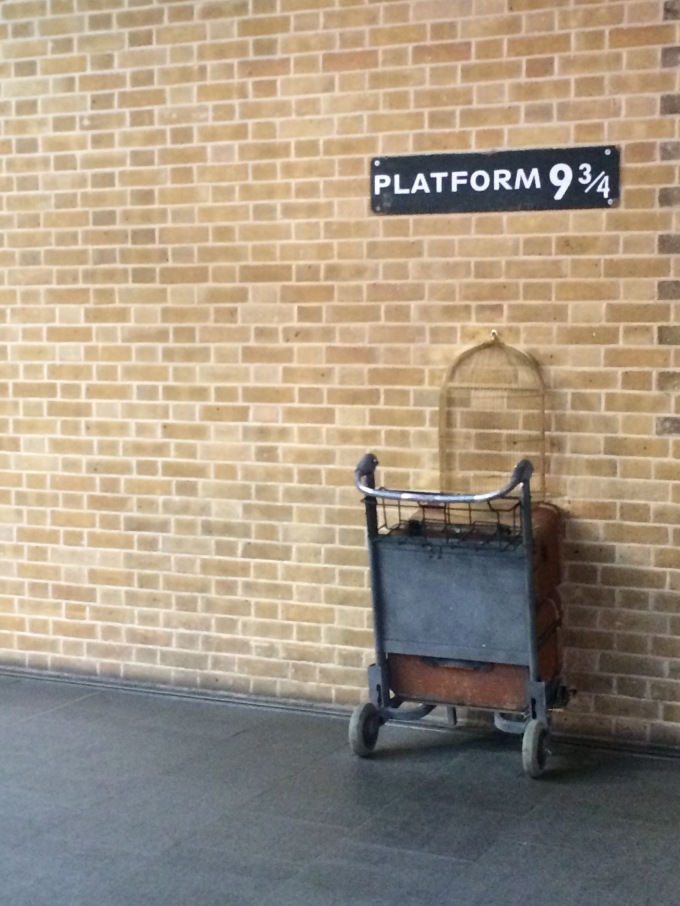 Helpful Hint: Besides essentials like ID, money, and my phone probably the most important item I carry with me when traveling is my water bottle. You can easily get dehydrated when traveling so drinking water is important and you can save a lot by not buying bottled drinks everywhere you go.